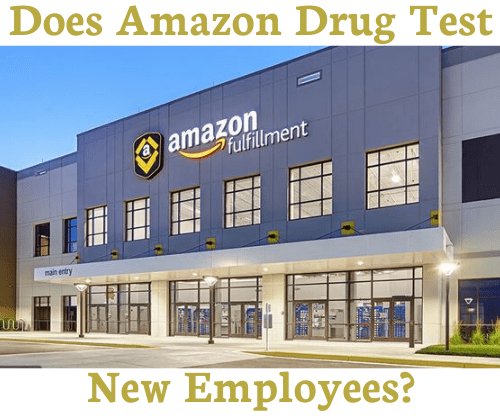 Amazon is arguably one the largest companies in the world right now. It delivers everything from electronics to furniture and nutrients. I wasn’t surprised when people started asking me “does Amazon drug test new employees?” This is an especially popular question since last week Amazon announced hiring thousands of additional new employees in order to handle order the surge during the corona virus pandemic.

Large companies like Amazon almost always have great job opportunities available. Knowing the company’s policy regarding drugs is vital to your odds of landing a job there. Amazon provides a great and rewarding work environment, but the company has very high standards.

Amazon is one of the largest four tech companies in the world. The other three are Apple, Google, and Microsoft. The company has enjoyed unparalleled success since it was founded in 1994 by Jeff Bezos who is now the richest man in the world.

Amazon is more than just a website that delivers many different products you order online. It’s a retail store, a video service, a music service, and more. You can now subscribe to Amazon Prime, Amazon Prime Video, and Amazon Music. The company also manufactures its own tablets among other things.

There’s no shortage of jobs at Amazon. The company has many divisions and branches. You can work at a local Amazon warehouse as a packer or driver. You can also work in one of the company’s many other divisions. It hires people in customer service, data science, business intelligence, design, economics, and in many more divisions. Most Amazon divisions have jobs available that people can apply to.

It’s easier to get a job at the warehouse working as a packer or driver. Those with more experience and training can apply for a job in other divisions of the company.

As one of the largest corporations in the world, Amazon has a strict no drug policy. It won’t accept or tolerate any of its employees using drugs while on the job. Those tested for drugs while working at Amazon should expect to be tested for barbiturates, benzodiazepines, amphetamines, PCP, heroin, cocaine, and more.

Update June 2021!! Amazon decided to stop  screening most job applicants for marijuana use.

What to Expect During Amazon Hiring Process

You should go to the hiring event where you’ll go through an interview. Applicants will also need to pass background and drug tests. I found through my research that drug tests at Amazon are valid for 4 months. So, if you take a drug test but don’t start working within 4 months, you’ll need to retake it.

Does Amazon Do Pre-Employment Drug Test?

Unfortunately, getting a job at Amazon is harder for recreational drug users than it is for other people. The company does perform pre-employment drug tests to check for the drugs I mentioned earlier.

Those who fail their drug tests will not be able to get a job at Amazon. If you really are interested in getting a job there, you’ll need to stop using drugs for at least a week before going to the hiring event. Trying to pass your drug test using products that dilute urine won’t work and I’ll tell you why in a little bit.

Amazon does this because it doesn’t want any work accidents or problems. The company wants work to flow smoothly without difficulties. Simply abstaining from drugs during your shifts isn’t enough for them.

Does Amazon Do Random and Pre-Promotional Drug Tests?

More bad news for recreational drug users as Amazon does random and pre-promotional drug tests. Most companies just test employees when they get into work accidents. At Amazon, you’ll be tested after an accident. The company also performs random checks.

You can expect to be randomly tested while working there. It’s company policy. Some people also say that the company might perform a random drug test when it’s trying to offload people. To avoid these issues, you’ll need to stay drug-free during your period of employment at Amazon.

How Does Amazon Drug Test?

I mentioned earlier that you won’t be able to pass Amazon’s drug test by using products that dilute urine. This is because Amazon uses a mouth swab test to check for drugs rather than a urine sample.

The mouth swab will be sent to a lab for analysis. The lab will then send the report to Amazon. Amazon will contact you to let you know about the results.

Fortunately, the answer is no, you can’t fail a drug test if you’re using prescription drugs. If you inform your interviewer or manager that you use prescription drugs, you should not have any problems. If your manager asks for additional proof, you can also give him your doctor’s contact information so they can confirm with him or her.

Why you’re on prescription drugs or what you’re taking is private information. Neither you nor your doctor is obliged to provide that information to Amazon or any other employer.

How to Pass Saliva Drug Test at Amazon?

As I said above, according to Amazon drug testing policy, company uses saliva drug testing to check their potential and current employers. This is good news for recreational drug users because a saliva (swab) drug test is much easier to pass compare to urine and hair drug tests.

If you are aware that you have to take your saliva drug test soon, in order to increase  your odds of passing your test to the highest possible, the best approach would be abstaining from marijuana for at least 48-72 hours beforehand, thoroughly brush your teeth and gums properly and use a strong mouthwash like Listerine. In most cases, with this approach I have seen that users passed their tests without any obstacles.

However, if you have used marijuana less than 48 hours before your interview, you might consider having a mouth detox product specifically design to pass the saliva drug test handy in your pocket. Such product can be very useful if you have a random saliva drug test as well.

Amazon is one of the best places to work and they’re almost always hiring. The main obstacle people face trying to pass their drug tests. The company drug tests people before hiring them. They also test employees randomly. If you want to get and keep a job at Amazon, you should avoid using drugs as much as possible. Otherwise, you’ll be at risk of losing your job.

Thank you for reading our article “Does Amazon drug test new employees?”

We would love to hear about your experiences going through Amazon hiring process and drug testing procedure.

We believe others who are applying for jobs at Amazon will definitely appreciate and benefit from it.